Tron Takes an Upward Stride; $0.016 Remains the Next Target

Is Investing in Bitcoin a Wise Decision in 2020?

Tron Takes an Upward Stride; $0.016 Remains the Next Target

by Vivaan Shah
in TRON News 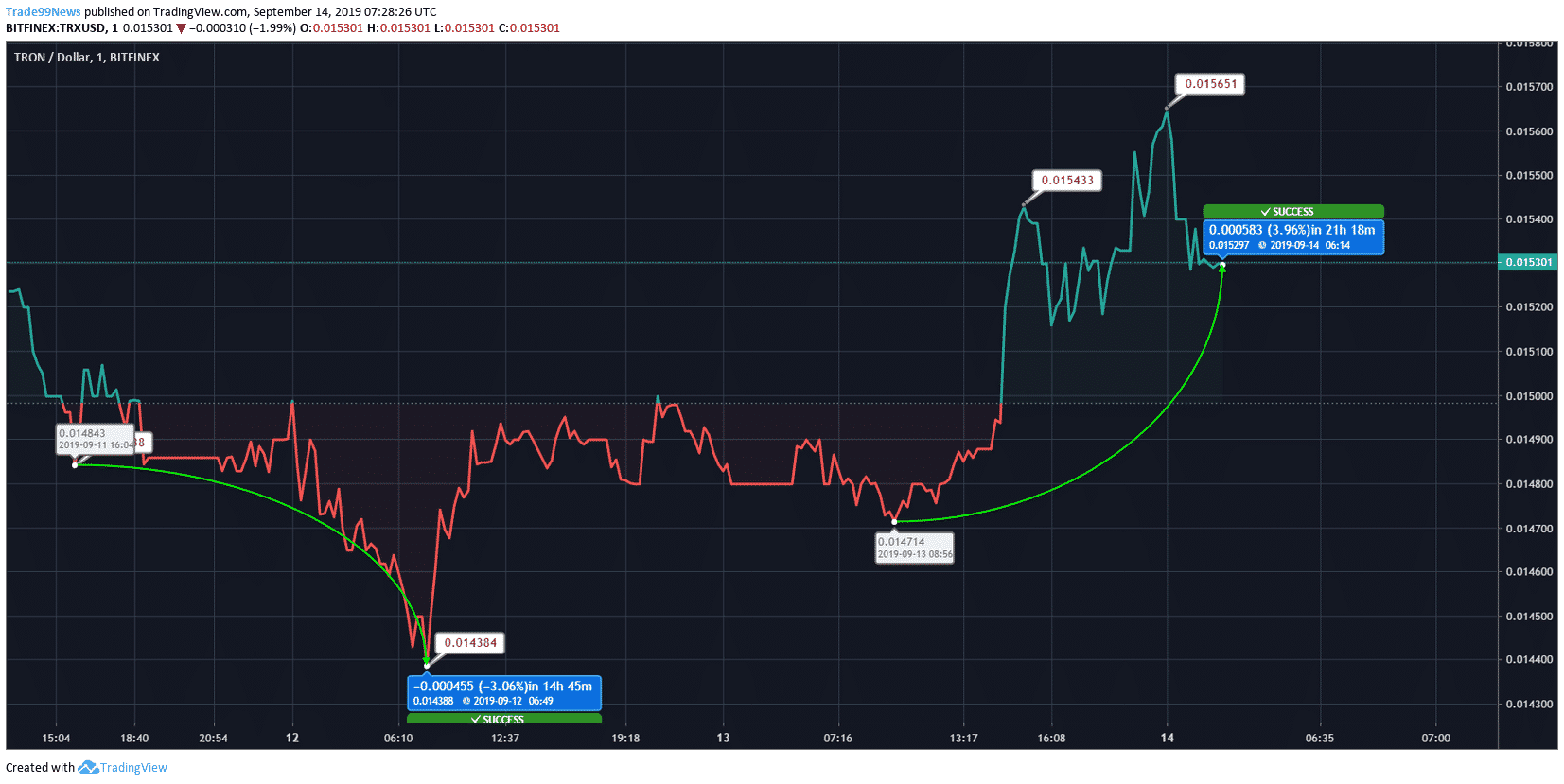 Analysing the intraday movement, we see that TRX price has surged by 3.96% within a day when compared with the price $0.0147 as on September 13, 2019. Hence, we anticipate that the same trend will continue and TRX may reach $0.0156 before the day ends tomorrow

We suggest going short with the TRX investments today as per its movement. TRX can be traded in the range of $0.0152 and $0.0156 today. Despite the falls over the past five days, the coin has reasonably managed to get back its control over the bulls. If the coin is being traded from a long-term purpose it will yield better returns as it can reach newer heights in years to come.

Vivaan Shah is a professional Forex and Cryptocurrency Market Analyst with a background in Finance. He has worked in several foremost publications before getting into NameCoinNews. He has been involved in the cryptocurrency for years. He loves to spend his free time in recording podcasts for crypto beginners. He also enjoys to explore cryptocurrency products.