by Ronald Cribbs
in TRON News

Tron was trading as low as $0.014375 as on October 6, 2019 with the movement being bearish. It eventually managed to pick up its pace and started to rise upwards. Due to the consistent performance, price reached the highest of the said time frame at $0.017424 on October 9, 2019. Despite the falls post the said date, TRX has managed to maintain an upward trend. 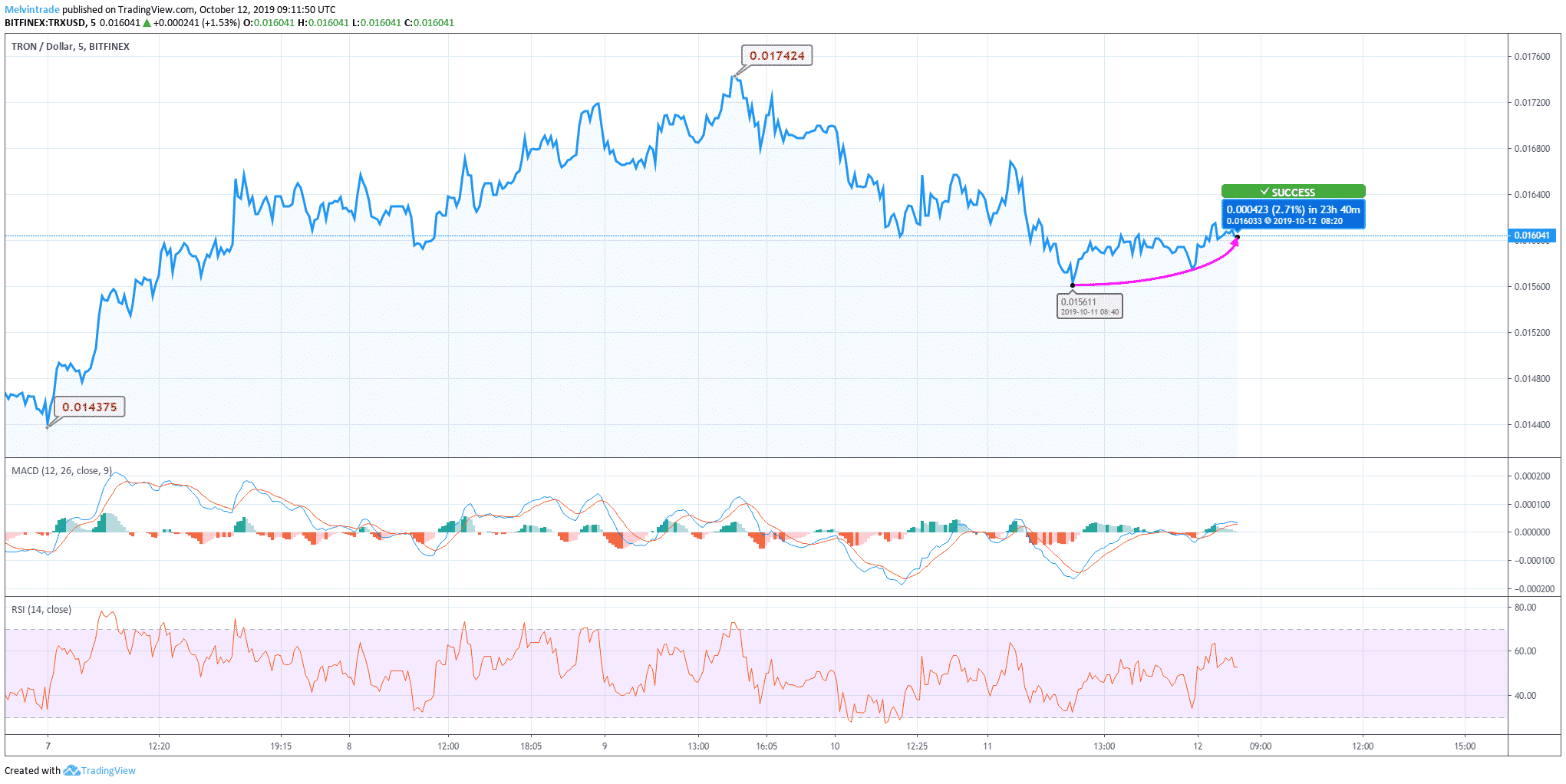 Tron indicates an uptrend by 2.71% when compared to the lowest trading prices of yesterday and the same is expected to continue during the last day of the weekend as well.

It is advisable to invest in Tron today, as per the current movement. Today, it is expected to be traded within the price range of $0.015943 and $0.016153. The MACD line also reflects the upward movement for the coin with a bullish crossover as the MACD line crosses the signal line. The RSI of the coin remains around 50 with no extremities at present. Tron holds good potential for the long run, and it can achieve greater heights by the end of this year. If the price of the coin continues to rise, the next major resistance levels i.e. R2 and R3 are expected to be noticed at $0.017203 and $0.017638.