NEO to Maintain the Bullish Trend, Next Target can be $8.65

NEO to Maintain the Bullish Trend, Next Target can be $8.65

NEO was trading at $6.74 as on September 26, 2019, bearing a downward movement then. Prices of the coin gradually started to rise which seemed temporary as price reached as low as $6.90 on September 30, 2019. Since the end of September until the time of writing the coin seems to have managed to gain some pace and reached $8.10 yesterday. While writing this analysis, NEO continued to maintain an upward trend. 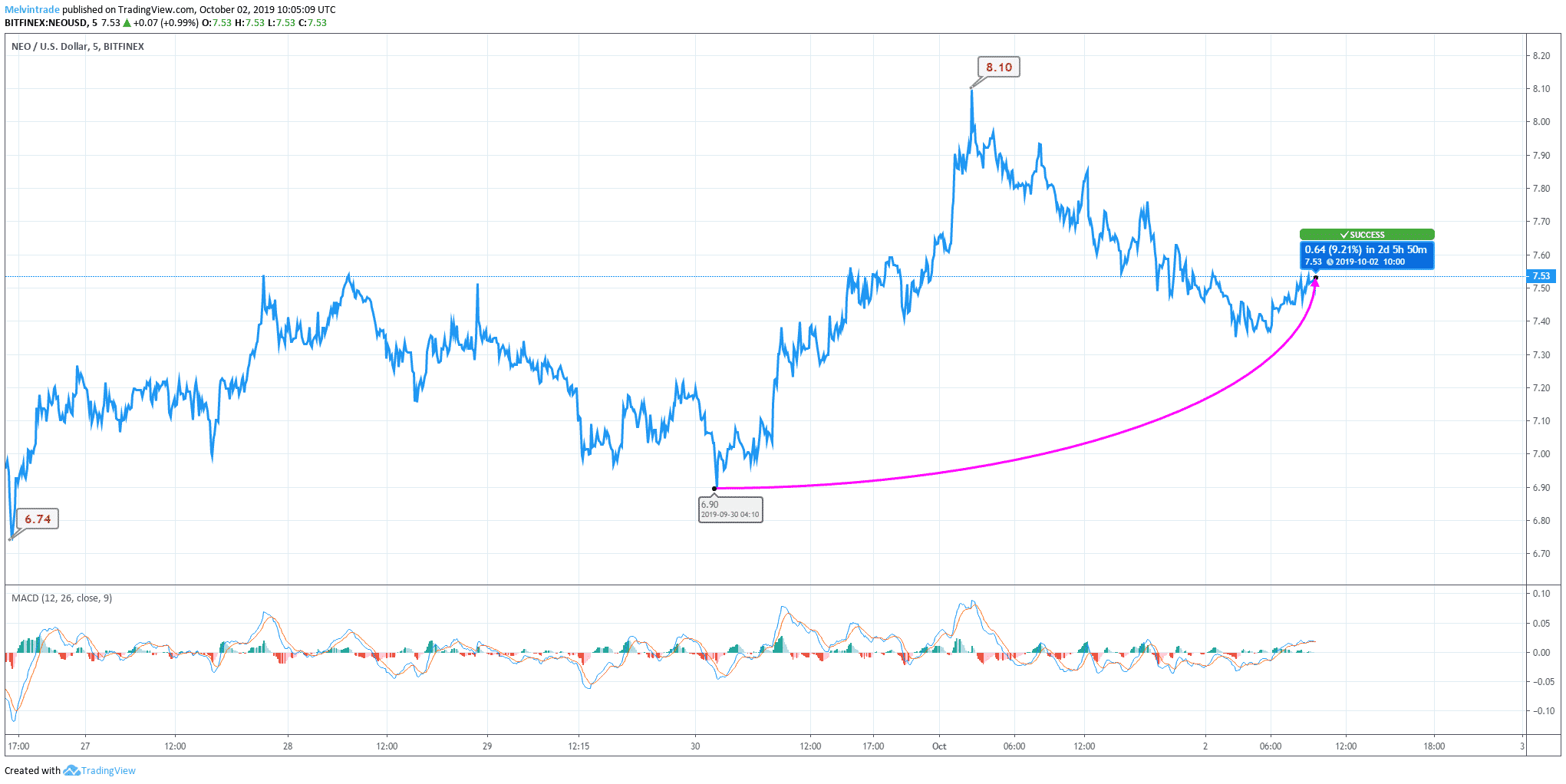 NEO at present indicates an upward rise by 9.21% when compared to the trading price of September 30, 2019. We anticipate that the bullish trend will continue tomorrow as well with price getting closer to the said target at $8.65

As per the current trend of NEO, we recommend going short with the investments today. Today, the coin can be traded in the range of $7.53 and $7.54. The MACD indicator also highlights that now NEO is reflecting a bullish trend as it is above zero and the MACD line overpowers the Signal line. NEO has enough potential in the digital world and has the ability to reach greater heights with prices attaining a greater height.