NEO Takes a Downward Stride; Falls by Over 15% in 5 days

Cardano (ADA) Stabilizes After a Price Hike of 7%

NEO Takes a Downward Stride; Falls by Over 15% in 5 days

NEO price analysis over the past one week indicates that the present trend for the coin is a bearish one. NEO was trading as high as $10.27 as on September 18, 2019 and the movement for the coin was quite a positive one. It reached the highest trading price of $10.34 on the same day. However, it could not maintain the same and started to decline gradually. Despite, the few temporary rises on September 19, 2019 the coin has not been able to change the bearish trend. 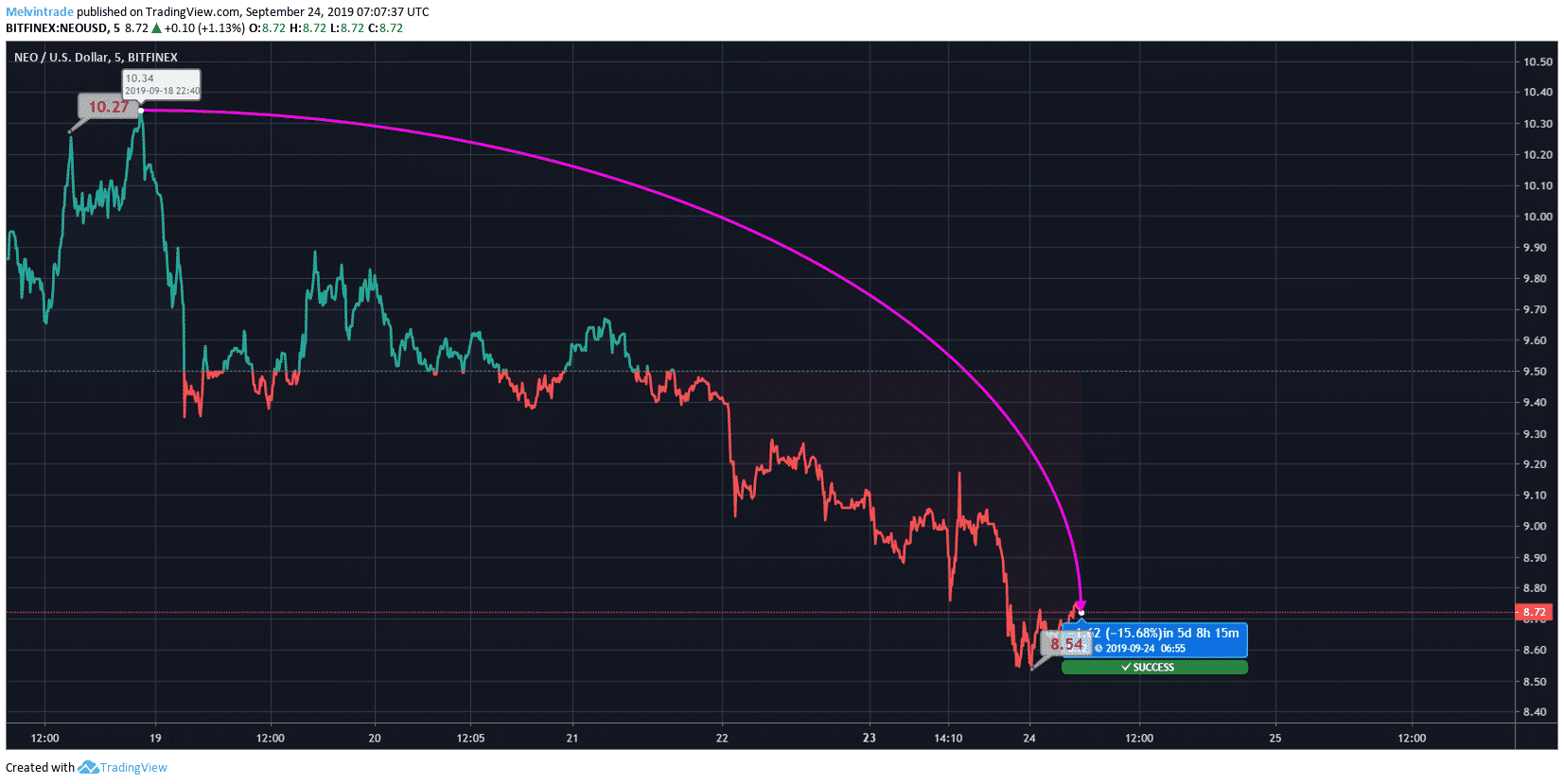 If we compare the current trading price of NEO from its highest trading value of the said time frame which was $10.34 on September 18 ,2019, it indicates a bearish trend by 15.68%.

We anticipate that NEO price may continue to fall for some more time as exhibited from its present trend.

We strongly recommend selling the NEO coins in hand today as per the current trend. We also suggest trading in the coin from a long-term perspective as NEO holds all the potential to attain newer heights.

Matthew Diaz is a full stack developer working in NameCoinNews on blockchain and cryptocurrency related websites. He has a comprehensive knowledge of exploring different technical tools to analyse market trends of cryptocurrencies. He has over a decade experience of technical analysis and assisting companies to achieve desired solutions. He is avid cyclist and music enthusiasts.