by Ronald Cribbs
in NEO News

If we look at NEO’s price movement over the past five days, it indicates a bullish run. NEO was valued at $7.57 on September 26, 2019, post which, it was dropped by 10.83% and the price reached $6.75 which was the lowest trading price. NEO managed to pick up some pace and reached $7.54 the next day. Despite the several falls towards the end of September 2019, NEO has managed to rise upwards and at present, it is priced at $7.83. 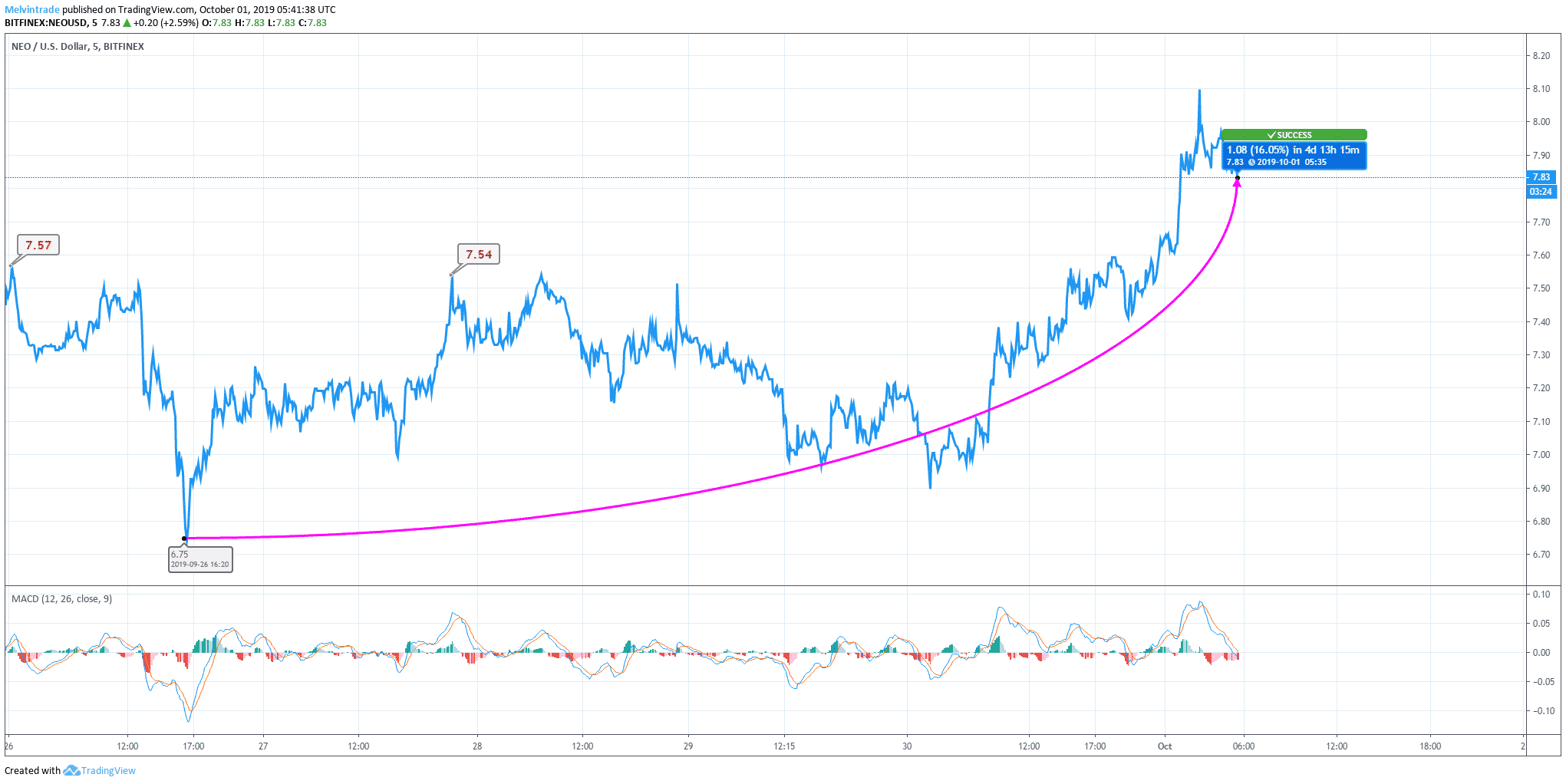 Currently, NEO indicates an upward movement. From September 26, 2019, it was surged by 16% till today. We anticipate that the price of NEO coin may reach around its next resistance of $7.88 by tomorrow with the same trend being maintained. After about a week, it can be traded up to its major resistance $9.09.

Observing the current movement of NEO, we recommend to hold the existing coins. If entrants wish to invest in NEO, it is recommended to buy coins from a long-term perspective as it will yield better returns. The MACD indicator points out that the current trend for NEO is an upward one. But soon it may reverse the trend. Today, it can be traded within the range of $7.61 and $8.15.