NEO Price Dropped by 4.72% Since Yesterday; Can It Make Turnaround?

Bitcoin Continues to Dominate Amidst Slide of Equities Market

Is Investing in Bitcoin a Wise Decision in 2020?

NEO Price Dropped by 4.72% Since Yesterday; Can It Make Turnaround?

Yesterday, NEO started with an opening price of $11.34, and it was showing an upward trend. It reached a high of $11.56 and the lowest price as per intraday figures was $11.16. Since the latter part of the day, the NEO price started to decline, and there was a sharp fall with prices touching $10.83 at 05:59 UTC. NEO closed at the price of $11.32 yesterday. NEO has really recovered quite well despite the sharp fall of yesterday. 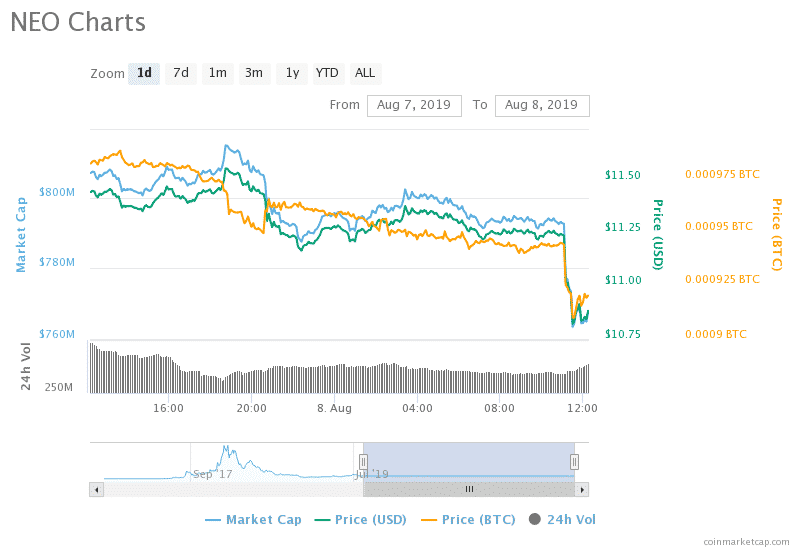 If we compare the NEO price since its highest value of $11.56 as per 11:15 UTC and the current price, the coin is reflecting a bearish trend by 5%. However, we believe that the present movement of the NEO coin indicates that is slowly gaining its momentum and beginning to rise. Hence, NEO might reach around $11.10 by the end of the day tomorrow.

You can purchase new coins, and it is advisable to trade in the NEO for a long-term perspective as it will grow up to $20 by then.