Comparing the 5-day price movement starting from September 9, 2019, NEO mounted at the trading price of $9.35. On the same day, there was a couple of sharp falls post which the coin managed to rise for a short span.

On September 10, 2019, Neo continued to fall and reached as low as $8.67. Despite, a series of rise on the other day, Neo price hit the double bottom at $8.67. The current trend seems like the coin has managed to gain back its pace slightly and has started rising upwards. We anticipate that NEO may continue with the same movement even tomorrow. 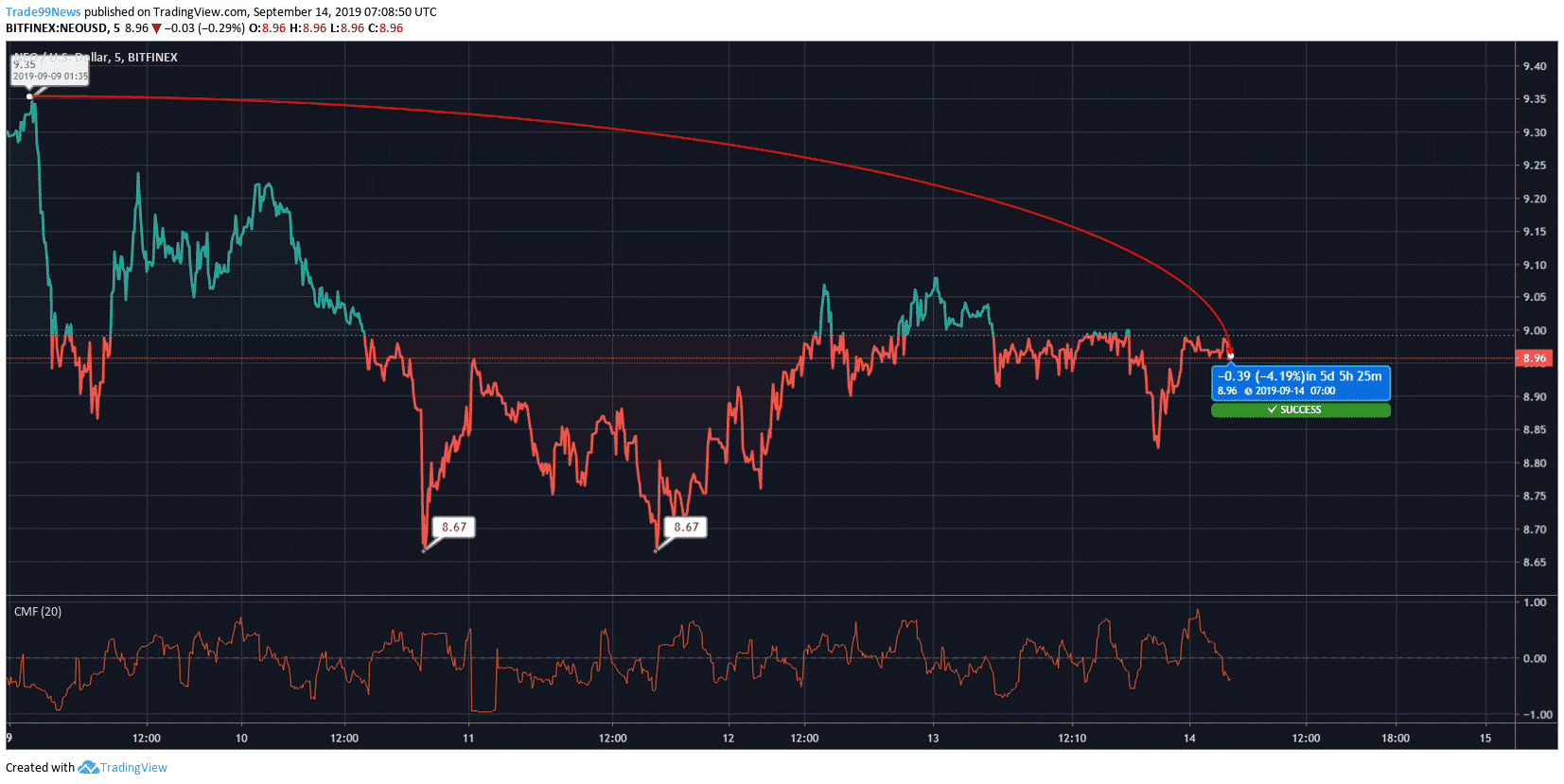 However, we believe that NEO will be rising upwards and may trade around $9 by tomorrow. NEO can be traded close to $9.061 in the upcoming few days.

Also, we strongly recommend selling the existing NEO investments as per the trend noticed. The CMF indicator also points out that the present trend for the coin is bearish. Considering the huge inherent potential of the coin, we believe that it will manage to rise upwards shortly.

Matthew Diaz is a full stack developer working in NameCoinNews on blockchain and cryptocurrency related websites. He has a comprehensive knowledge of exploring different technical tools to analyse market trends of cryptocurrencies. He has over a decade experience of technical analysis and assisting companies to achieve desired solutions. He is avid cyclist and music enthusiasts.