Dogecoin Slips and Trades Around the Immediate Support Level at $0.0024

Cardano (ADA) Stabilizes After a Price Hike of 7%

Dogecoin Slips and Trades Around the Immediate Support Level at $0.0024

by Aarav Ghosh
in Dogecoin News

Dogecoin was trading at $0.00279243 as on October 20, 2019, and the movement then was bullish. From the next day, the price of the coin started to decline at the same pace and there was a drop of 9.37% on October 21, 2019. While, on the same day the price reached as high as $0.00278981 and despite the few falls, price remained constant the next day as well. Over the past 3 days, the coin has witnessed several rises and falls and has not been able to maintain its consistency as such. 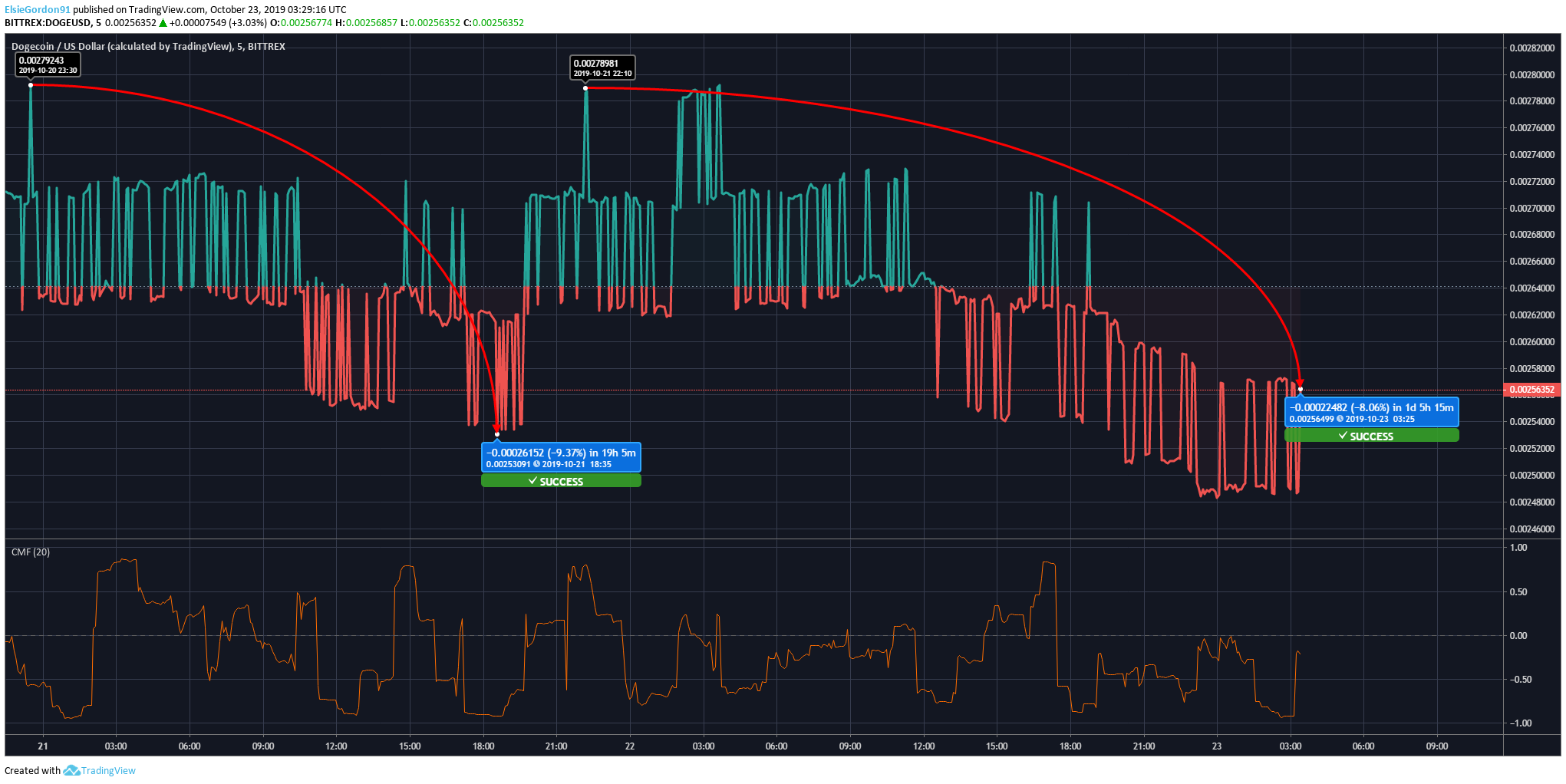 Today Dogecoin is reflecting a downtrend by 8.06% when compared to the price rise of October 21, 2019. However, the movement of the coin indicates that by sooner or later it will manage to rise upwards and can be traded around the highest of the said time frame i.e. $0.0027.

Today, DOGE is expected to be traded in the range of $.00248031 and $0.00257665.  As per the present trend, we suggest purchasing new coins and retaining for a minimum of 2 and more years. DOGE has got great potential and can reach as high as $0.00267894 by the year-end. The CMF indicator points that the coin is indicating a bearish trend now, however, the movement shows that it is going to rise upwards in some time.