TradeSatoshi to Shut Down; Withdraw Funds before March 1

Israeli Crypto Firms to Flag Banking Supports from Now On

by Ronald Cribbs
in Cryptocurrency Exchange

Vlad Nistor, CEO of CoinFlux, according to the reports from CCN, has been arrested on the charges of money laundering and related illegal activities. In the U.S., the Romanian Bitcoin exchange CEO is fighting an extradition case.

The proceedings against Nistor pivots around Romanian scams which spread from 2014 to 2015. Nistor is accused of supporting scammers through Telegram. Apparently, he by teaming up with scammers has executed many phishing attacks on the U.S. He has allegedly disposed of the scammers’ illegal gains through activities such as conversion of stolen funds in cryptocurrency. The gains in terms of cryptocurrency in this period till date would amount to be quite a hefty amount. Although, 2015 was a declining period for Bitcoin. 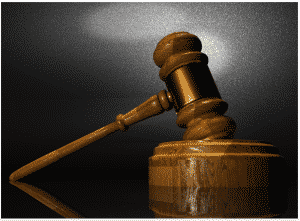 As per the Romanian newspaper- ‘Cluj Reporter,’ the report says, “Two of these methods were run online via phishing or through various fictitious sale ads (via eBay or through other online platforms.) For example, Romanians were sending e-mails using instant messaging programs or telephone numbers where the user is advised to give confidential data to win certain prizes or was informed that they are necessary due to technical errors that led to the loss of original data. A web address containing a clone of the site of a financial or trading institution was indicated in the e-mail.”

CoinFlux, on the other hand, announced on Medium.com, that they are not able to gain access to a few sections of their platform that includes those areas which permit them to share information in the regular pattern. The restriction on accessibility is an unwelcome result of the investigation which the CEO’s arrest has invited. Therefore, CoinFlux is not able to use the regular ways of announcements such as emails and through their own website. The company expects that they will soon regain the control back, and bring things back to normal.
The company is also trying its best to gain access to its funds, in order to decide what course of action is to be taken. Although, currently as per law, they are not allowed to do any kind of cryptocurrency exchanges.

Recently, another announcement was made by the company. CoinFlux revealed that it is working with the financial institution called ‘Mister Tango.’ (This institution manages all their bank accounts.) CoinFlux is trying to return all the funds to its clients through Mister Tango. In the update, the company also informed that it had shared a list of people who have their funds blocked in CoinFlux to Mister Tango. It has also shared the associated balances and has instructed Mister Tango on transferring those funds to the client’s bank accounts.

Since the banks do not hold the crypto-based balances, therefore, the announcement is not referring to the crypto funds which are held in the exchange’s wallet. It is rather talking about the fiat currency of its clients.

The company has not revealed the exact date and the precise procedure of returning the ‘crypto funds’ to the clients. The restriction may make the company’s clients wait for undesirable time length. The number of clients roped into this situation is fortunately quite low. We can say that platforms like CoinMarketCap.com do not give CoinFlux volume, even though it is known to cover many small exchanges.

Cluj recently reported that the court has given time till Dec. 20th to Nistor and his attorneys, to present any substantial grounds based on which they should not be extradited although Nistor is currently free on bond but is restricted from using Bitcoin or any other type of digital currency or tokens for any reason. His presence in the court is made a must whenever the court orders so.

There are three more criminals involved in the conspiracy, namely- Popescu Bogdan-Ştefan, Dobrică Alin-Ionut, and Arvat Florin. They too are currently extradited by the court. The only difference in their and Nistor’s offense is that they conducted the alleged illegal activities directly within the U.S.