Is Bitcoin SV on the Road to Recovery from the Bears?

Is Bitcoin SV on the Road to Recovery from the Bears?

Bitcoin SV (BSV) was traded at $95.35 on December 12, 2019, and was reflecting an upside movement. Though it dropped the same day to $92.14 the trend remained the same. Over the next few days, it was moving at almost the same pace without any drastic drop. BSV coin was traded at the price mark of $94 on December 13 and 14. A drop of 2.74% was marked with Bitcoin SV price reaching $92.06. The price remained at the same level around $93 mark on December 15, 2019. Then, there was a massive fall due to which the coin reached as low as $88.50 which became beneficial to the bears. BSV price may rise shortly considering the consistent performance shown over the past several days. 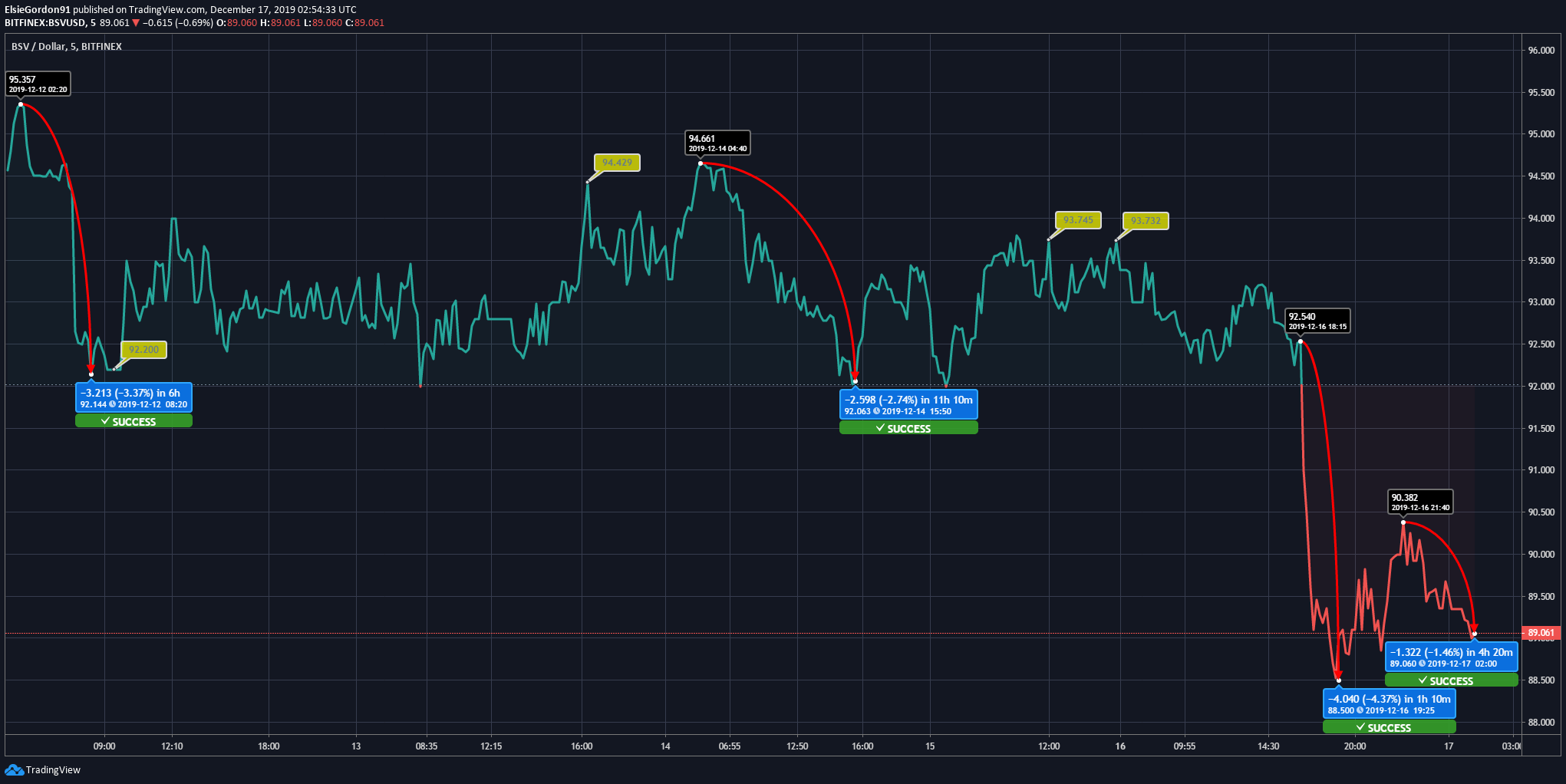 BSV coin shows a negative run of 1.46% as compared to yesterday’s trading price. It seems that the currency may drop marginally and reach its immediate support of $86 soon. As per the current trend, Bitcoin SV price may get traded close to its crucial support of $82 in the upcoming weeks.

It is recommended to hold the existing coins in hand now as per the trend noticed. From December 12 to 16, it was a very good phase for the coin as in the said time; the coin was trading above the trendline. Since yesterday the scenario has changed. However, we believe that BSV price will soon bounce back and the bullish trend will be regained.

Sara Gillard is media focused research analyst and strategist with a background in blockchain technology and cryptocurrencies. She contributes latest news and insights into digital economy at a global level. She holds investments in BTC and several altcoins. She is optimistic about potential of cryptocurrencies. In her free time, she enjoys running and aerobics.