by Ronald Cribbs
in IOTA News 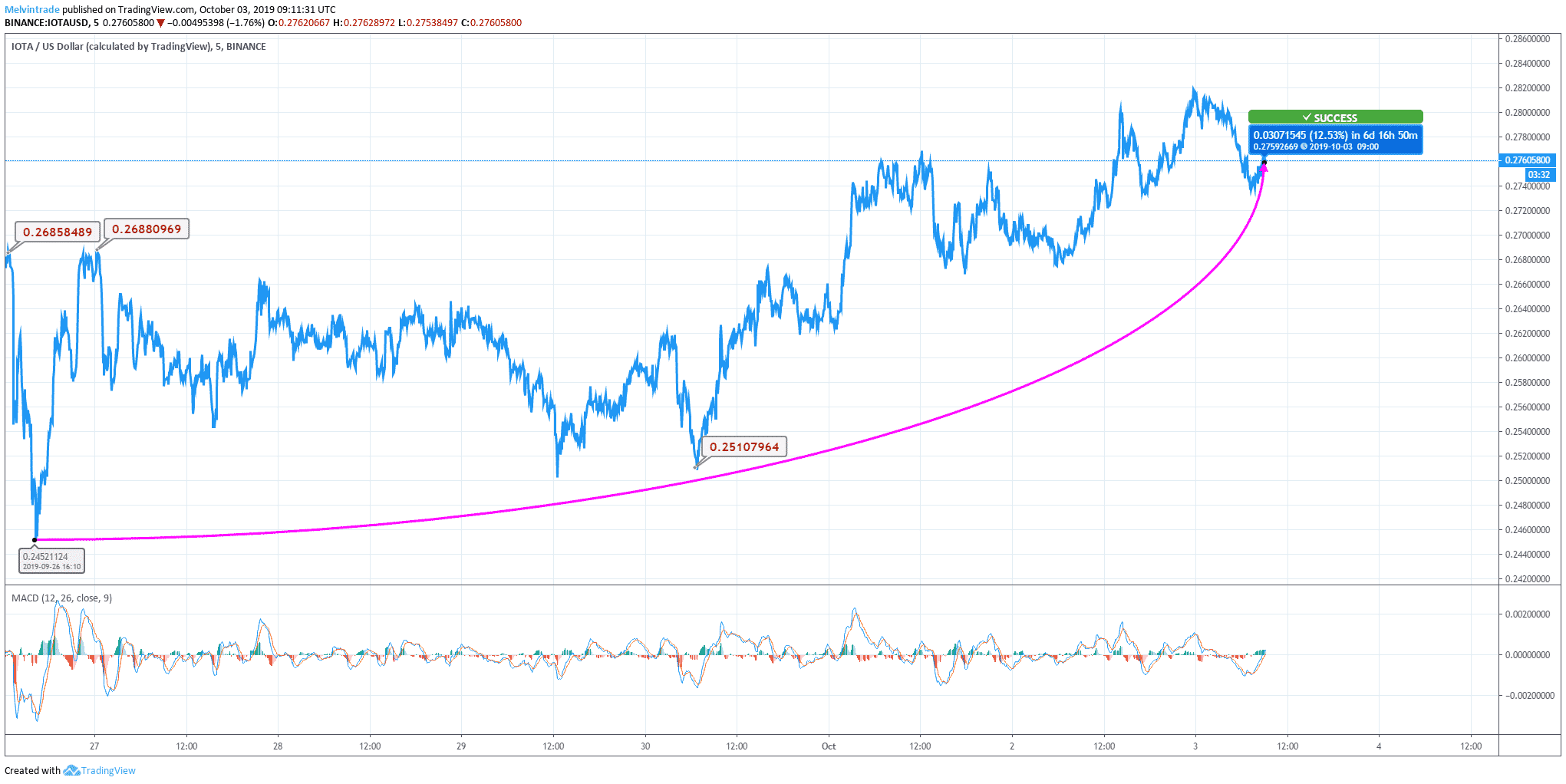 IOTA Records a Sluggish 2019; Price Escalation May be Possible in Early 2020

IOTA indicates an upward rise by 12% when compared to the drop-in price of September 26, 2019. We anticipate that IOTA may continue to rise marginally in the upcoming days and can be traded around the price of $0.27592775.

As per today’s movement of IOTA we suggest purchasing new coins and retain the same at least for a minimum of 3 and more years. The MACD indicator is below zero but exhibits a bullish trend as the MACD line overpowers the signal line. Over the past week, the coin has witnessed several rises and falls and has not been able to maintain its consistency at any price. Hence it is suggested to trade from a long-term vision as IOTA can reach greater heights.