Will NEO Price Continue to Fall Further Below $7.2?

Will NEO Price Continue to Fall Further Below $7.2? 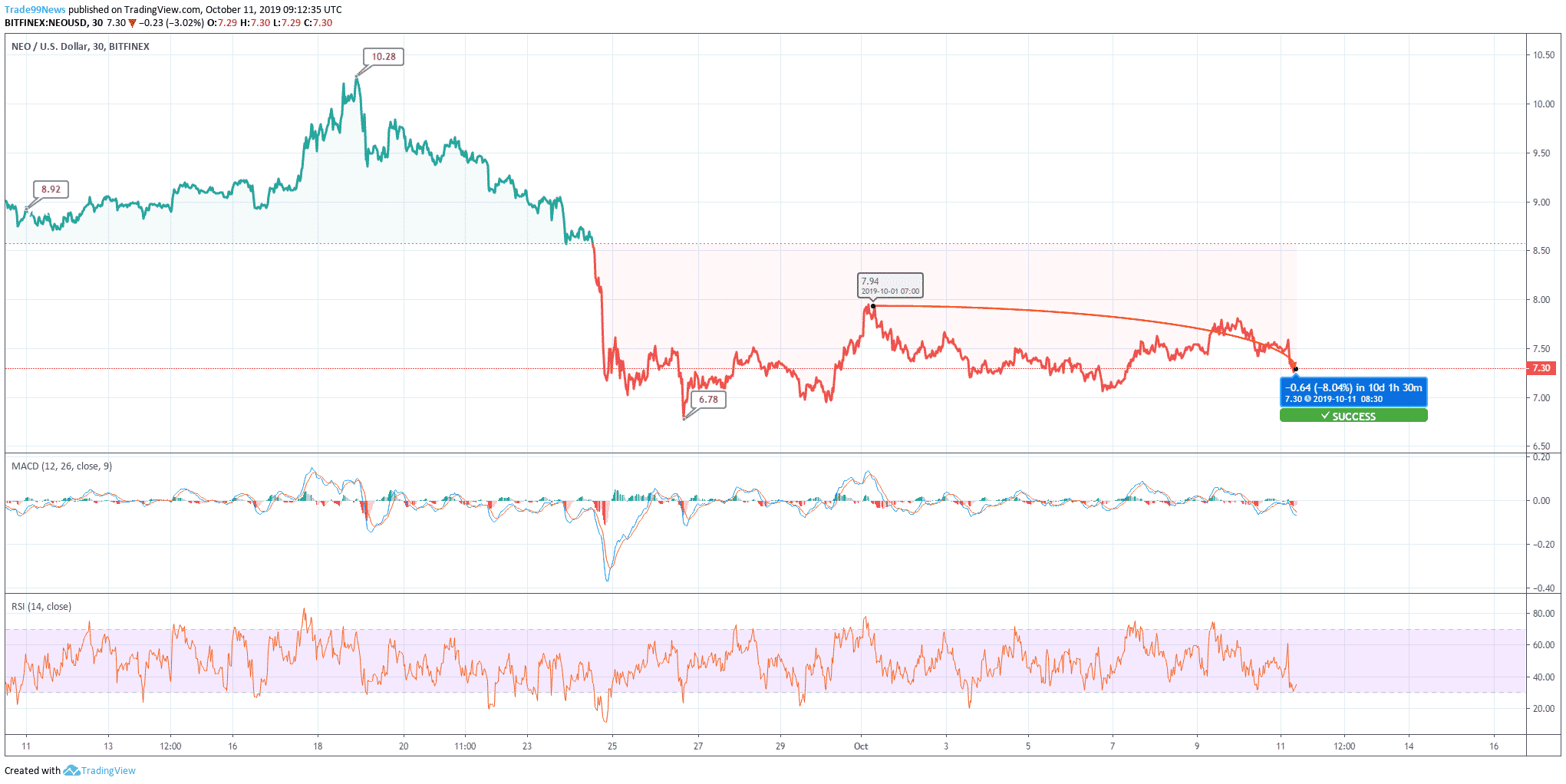 Currently, the NEO coin indicates a bearish movement by 8% as compared to the price as on October 1, 2019. As per the past data and analysis, NEO coin is likely to fall marginally and reach close to its support level of $7.19 soon.

As per the current trend of NEO, you may purchase new coins to gain considerable returns in the long-term. Inversely, if the coin can breakout above $7.74, the coin may find its next resistance at $7.97. The MACD indicator points that NEO is moving downwards in the near-term. NEO is a very good investment option, and if being traded from a long-term perspective, it will yield considerable returns. It has the potential to reach as high as $10 by the end of the year.