Will NEO Price Slip Below its Active Support $8.25?

Avalanche joins hands with Whiteblock to optimize its Blockchain protocol

Nervos Teams Up with Coinbase’s Rosetta To Promote Blockchain Integration

Will NEO Price Slip Below its Active Support $8.25? 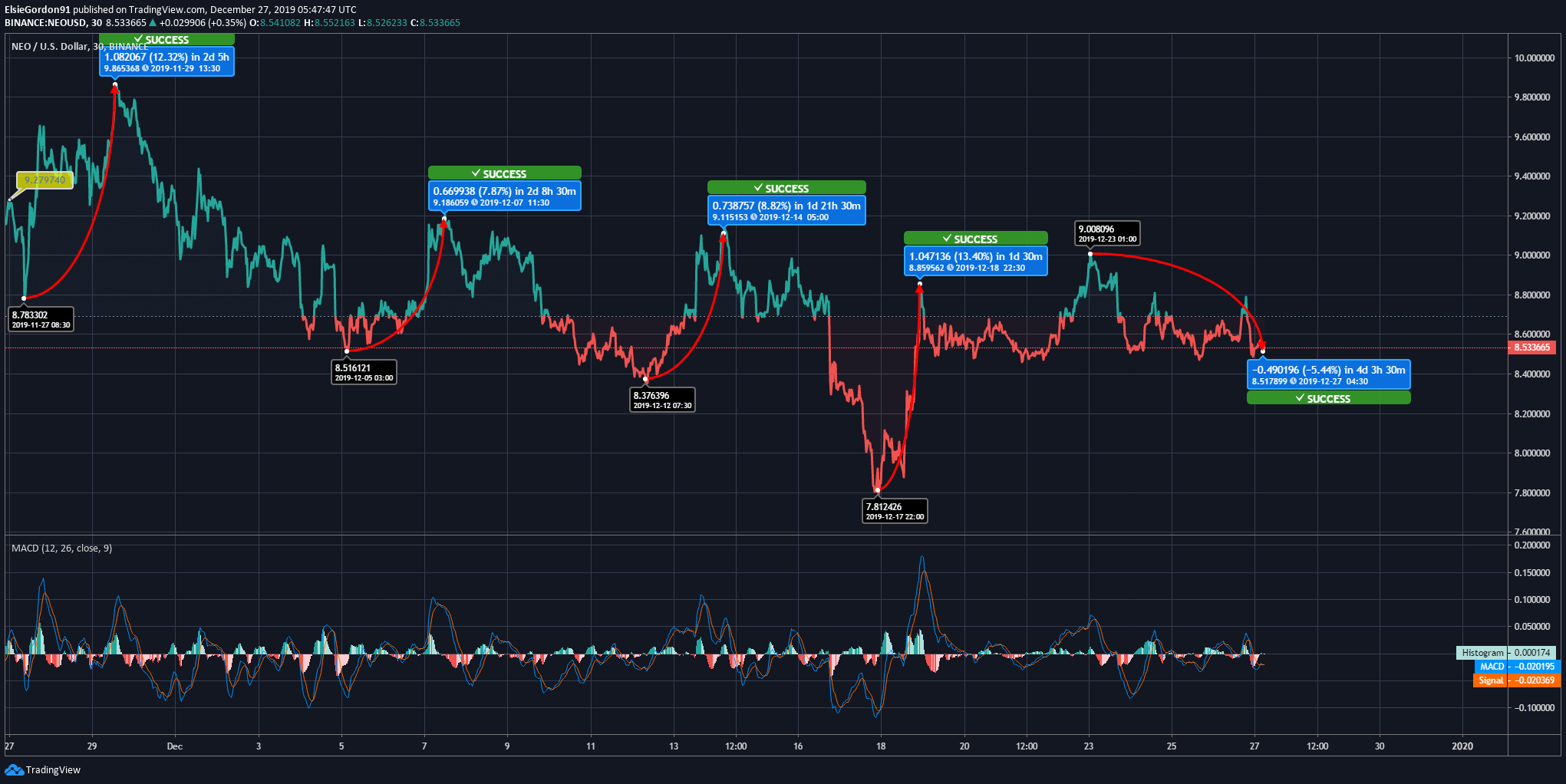 NEO shows a downward movement by 5.44% as compared to the price of December 23, 2019. The currency may continue to fall in the near-term and reach near its immediate support $8.4. If the current trend reverses, the coin may get traded close to $8.8 soon.

You may hold the existing coins or even invest your money in purchasing the new coins. MACD indicator presents the bearish dominance over the currency. The past 1-month trend of NEO has been mixed with the coin managing to bounce back almost every time since its fall. This shows the potential of the coin, and hence, there is a thin possibility of trend reversal and the currency may trade upwards.