Will NEO Manage to Cross the $9 Mark?

TradeSatoshi to Shut Down; Withdraw Funds before March 1

Israeli Crypto Firms to Flag Banking Supports from Now On

Will NEO Manage to Cross the $9 Mark?

On December 9, 2019, the NEO price was trading at $9.07 and then, within a few hours, it dropped to $8.79 with a 3% drop. Then, the NEO price rose again and reached to $8.86 but witnessed a further fall to the level of $8.64. Since then, the bears have dominated the NEO coin as it has not been able to reflect any drastic change in the price. Yesterday, there was a fall of 3.05% with NEO price reaching the lowest which was $8.33. The present situation looks like the coin is attempting to move upwards.

2.42% rise is seen today as compared to yesterday’s price of NEO coin. It is showing signs of a rise, and hence, it may get traded close to its crucial resistance of $9.00 soon.

As per the present movement, you may decide to purchase NEO coins. The price comparison for the past few days shows the bearish dominance more than the bulls. Considering the huge potential and historical data, NEO has the capacity to reverse the current trend. 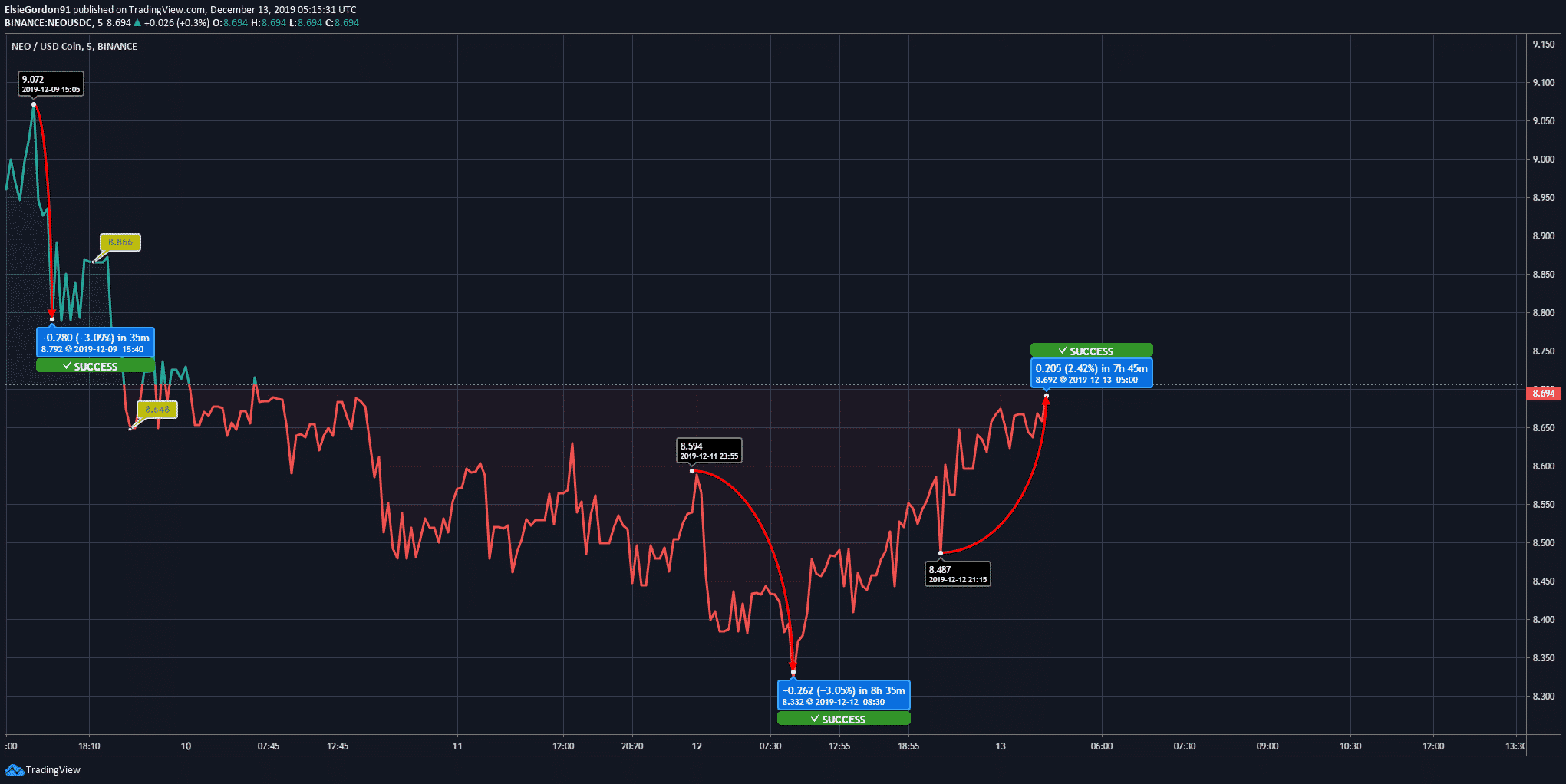