NEO Price Escalates Towards Next Resistance $7.68

NEO Price Escalates Towards Next Resistance $7.68 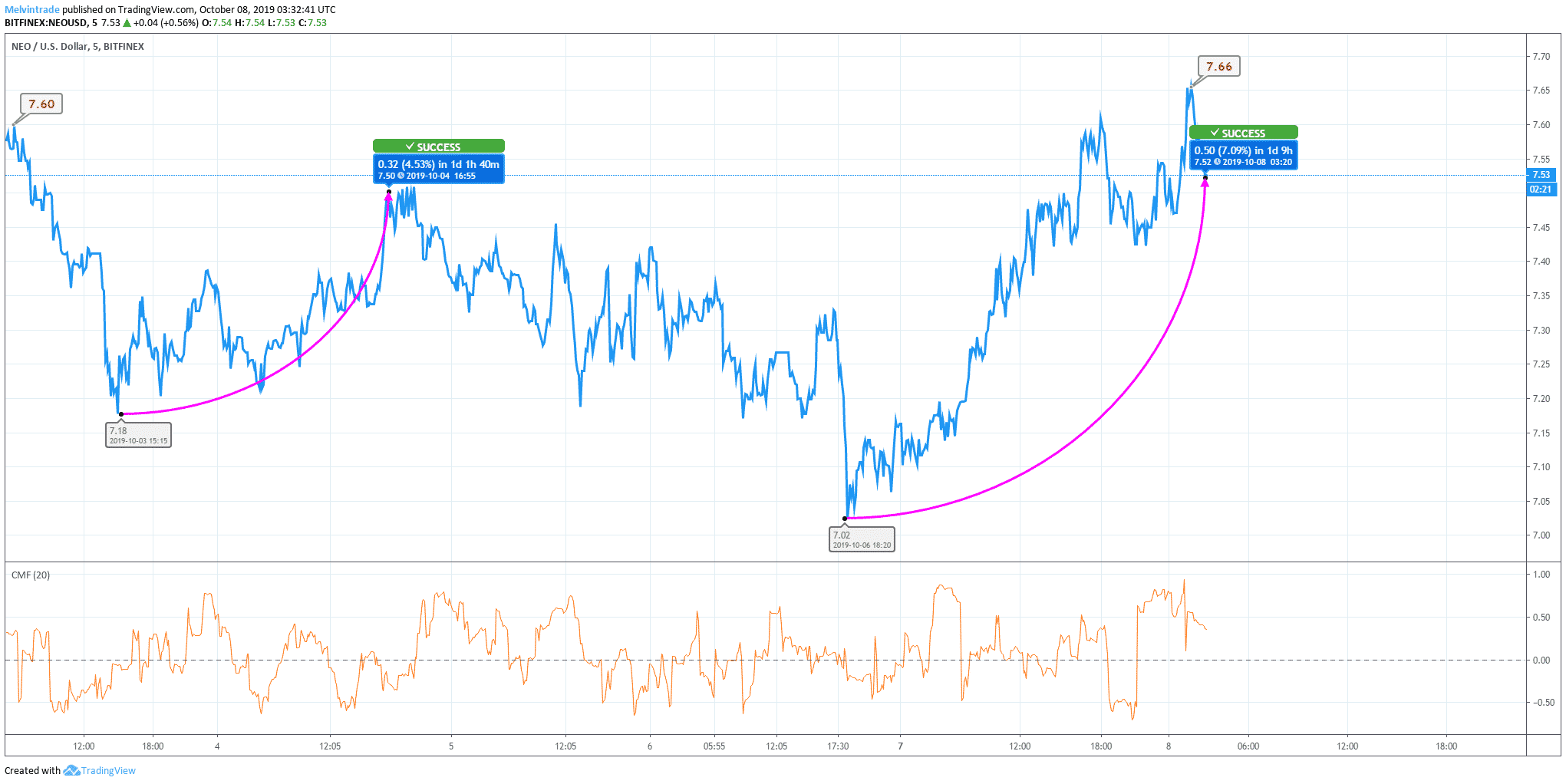 At present, the NEO coin is reflecting an upside movement of 7.09% as compared to the price drop of October 6, 2019. The same trend is expected to continue tomorrow also with the price reaching its next resistance $7.68. On the downside, it may face next support near $7.43.

As per the current movement, we suggest holding the existing coins to get decent profits in the long-term. NEO can be traded today in the range of $7.27 and $7.68. The CMF indicator also confirms that the NEO coin price is reflecting an upward trend. NEO has very good potential in the long run as the coin may cross its 30-Day high of $10.34 by the end of the year. If the price of the coin continues to rise further, the next major resistance levels may be reflected at $7.84 and $8.09, respectively.