Monero Fails to Gain Back its Efficiency; Trades Around $53

The Dynamics of the Cosmos Ecosystem

Monero Fails to Gain Back its Efficiency; Trades Around $53

by Ronald Cribbs
in Monero News

On October 22, 2019, the trend continued to be bullish with XMR being traded at $58.52. However, post this i.e. since October 23, 2019 the coin has started to recede and while writing this price comparison, XMR was indicating a downtrend. 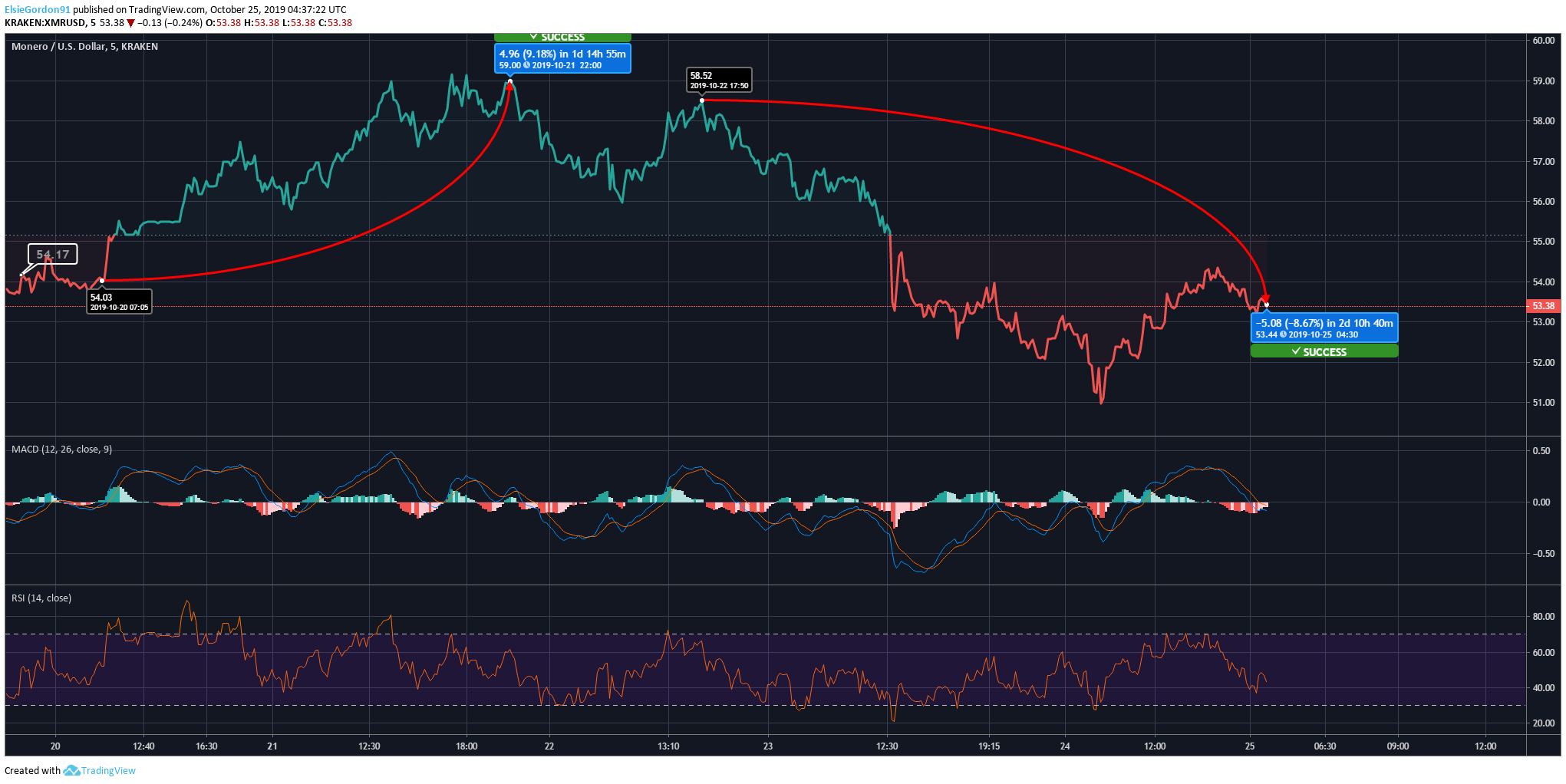 Monero indicates a bearish run of 8.67% when compared to the trading price of October 22, 2019. The same movement seems to continue, as analyzed from the present momentum and trend.

Today, XMR is expected to be traded in the range of $52–$54. As per the present movement, investors can use their discretion as to making investments or going short. The MACD indicator shows a bearish crossover though. The RSI of the coin is slightly around 40, showing no extremities at present. XMR has got very good potential and can be considered a long-term investment option as it can fetch good returns.