by Richard Lee
in Maker News

Maker was trading at $542.54 as on September 19, 2019 post which there was a fall and price was constant until 11:25 UTC. Since the latter part of the day price of the coin began to rise and was being traded at highest price of the said time frame at $561.10, the next day. However, it has not been able to maintain the consistent performance and ever since the price has started to recede. While writing this price comparison, MKR trend remained to be bearish. 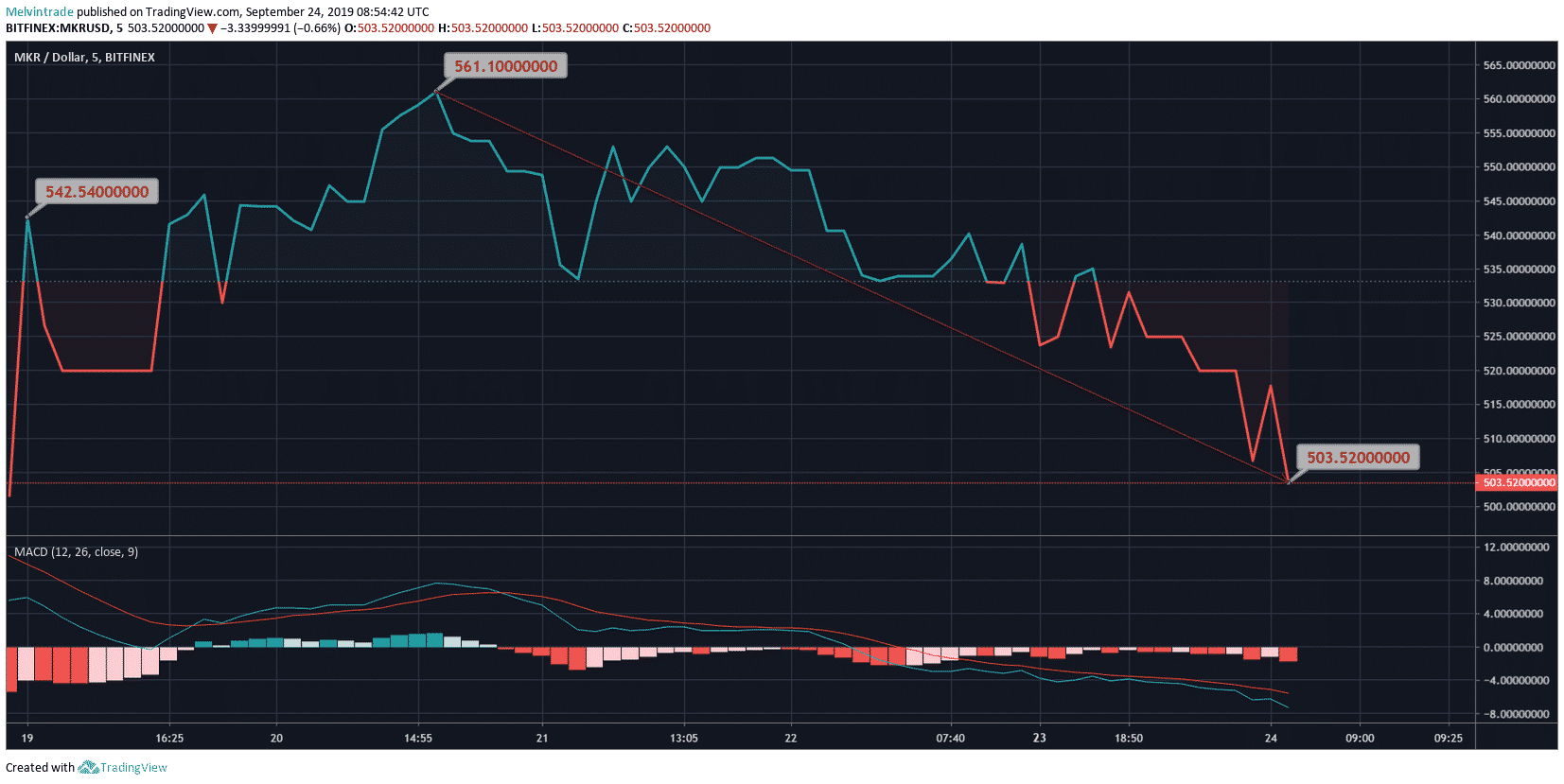 Will Maker (MKR) Outsmart the Bears?

Comparing the current trading price of Maker from the highest trading price which was $561.10 on September 20, 2019, the coin indicates a bearish run by 11%.

As per the current trend of Maker, it is completely as per your discretion to purchase new coins or go short with the existing investment in the coin. Today, it is expected to be traded within the price range of $503.52 and $517.74. The MACD indicator also points that MKR at present is reflecting a bearish run below zero. MKR if being traded from a long-term vision will yield better dividends as the coin has the potential to reach greater price marks.