IOTA Faces Inability to Gain Back the Bullish stand; Trades Around $0.252

IOTA Faces Inability to Gain Back the Bullish stand; Trades Around $0.252

by Richard Lee
in IOTA News 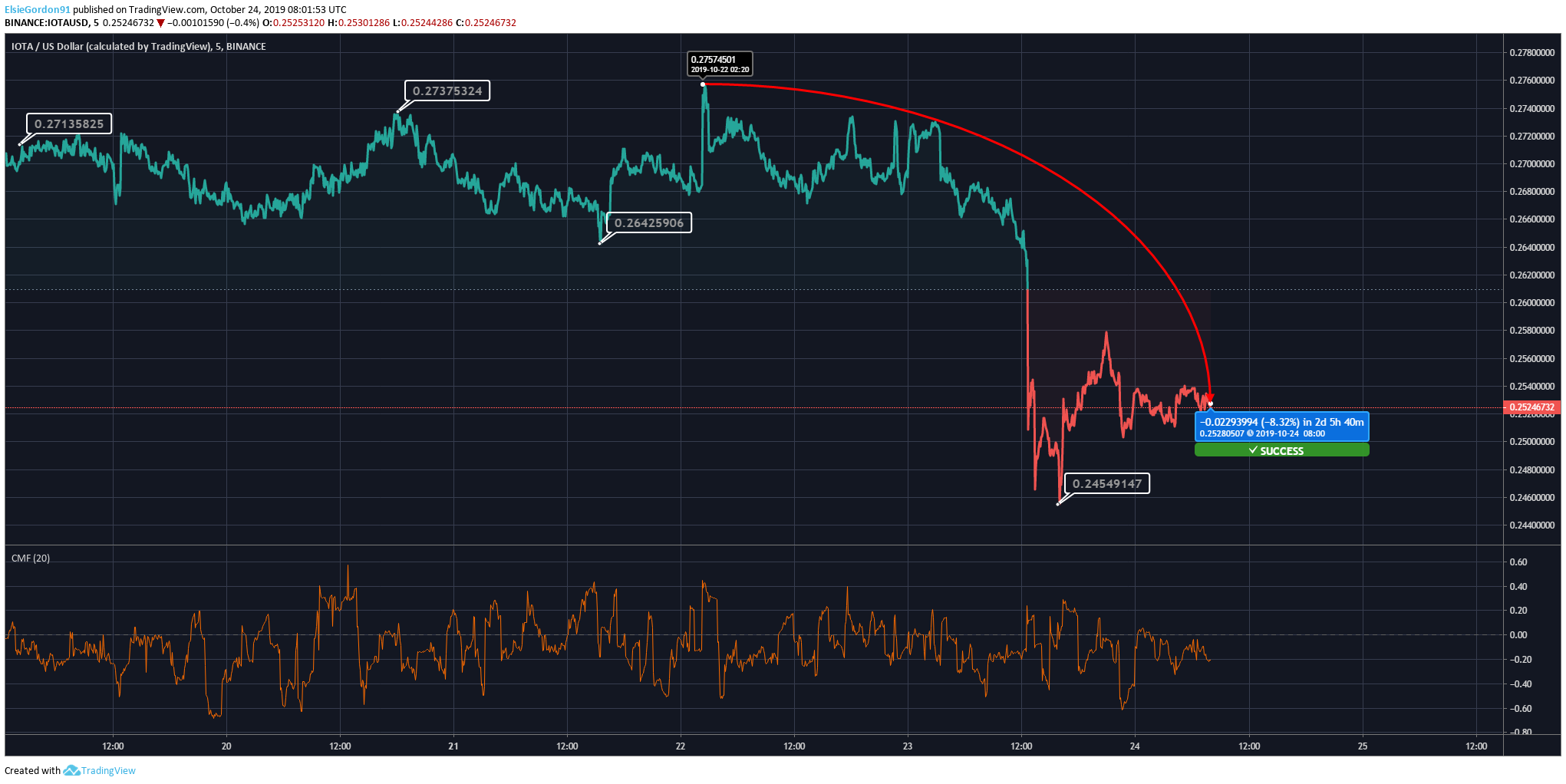 IOTA indicates a downtrend by 8.32% when compared to the trading price of October 22, 2019. The same trend seems to continue in the upcoming days as well, as rightly exhibited from the current momentum and bearish trend.

Today, IOTA is expected to be traded in the range of $0.24855924 and $0.25760783. The coin is currently shouldered with constant selling pressure due to the continuous bear presence. The CMF indicator also shows that IOTA is reflecting a bearish trend. It is suggested to trade from a long-term basis as it has the potential to attain great heights.