Erol User, the well-known Chairman and Co-founder of a globally-reputed blockchain consulting firm, BlockchainArmy, made his strong presence felt through his revolutionary ideas and innovative approaches during the Greek Elites Meeting in Hypatia Mansion. The iconic business personality emphasized the adoption of The Circular Economy, which, according to him, has the ultimate potential to cater to the requirements of humankind with due consideration to resource management and waste reduction.

Conceptually, the Circular Economy aims to support sustainable resource management, reduction in waste, along with channels inclined towards recycling and reusing of resources. Transparency is one of the chief pre-requisites of this new-age solution as it builds up trust in the ecosystem. When there is a sense of transparency in the working system, organizations and entities take a step further towards positive consumption, procurement of resources, and usage of resources for their purposes. 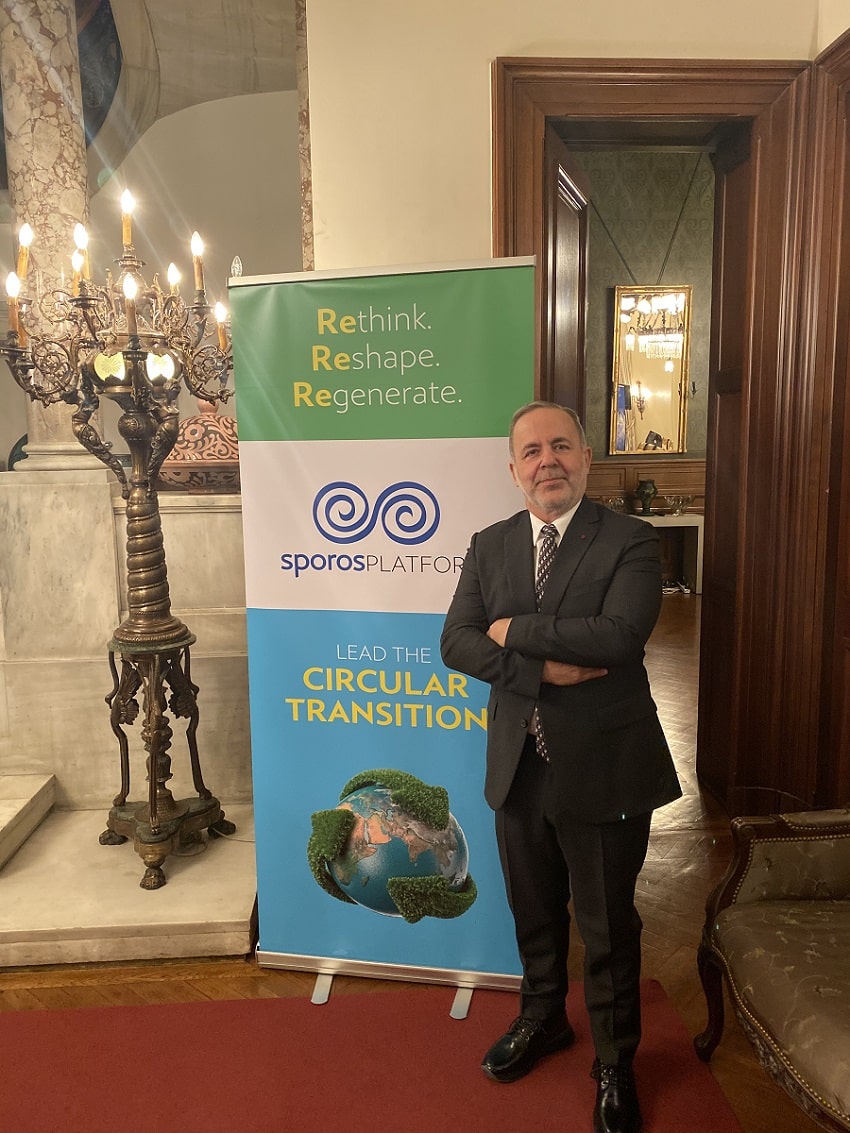 As per Erol, blockchain technology has the potential to build trust in the industrial niche as it facilitates transparency, reliability, immutability, and high-grade security. He stated that Circular Economy could become successful in two ways, namely:

Blockchain Consulting company BlockchainArmy spearhead advocated that blockchain technology can aid the concept of the Circular Economy by verifying the origin of the products and promoting positive behavioral perspectives.

Erol User proved his views and opinions by popping up the names of the projects and solutions that have brought about a substantial change in the industrial setup. He spoke about the excellence of the blockchain-based startup, provenance, which is designed to maintain transparency in the fishing supply chain industry. The platform helps the buyers to keep track of their favorite tuna fish from line to the stores as well as identifying the fisherman who claims to comply with the social sustainability claims.

The leader opined that there would be a valuable addition to natural resources if they will be tokenized as this will give them a unique digital identity relevant for trading purposes. This will increase the chances of Circular Economy adoption and the introduction of new pricing and trading system for natural resources space. Plastic Bank serves as an impressive solution that gives digital tokens in return for plastics, which can be later used in partner stores.

Erol User concluded his speech by stating that blockchain technology and its widescale application in the Circular Economy ecosystem is presently in the testing phase, but it undoubtedly has a bright future. With the biggies of the industry delving into this arena of sustainable technology applications, there exists a possibility of mass adoption in less than expected time. Pilot projects and proof-of-concepts designed with new and better replacement technologies are advancing at a fast pace, something which is favorably profitable for the world as a society.